Sahifa fully responsive WordPress News, Magazine, Newspaper, and blog ThemeForest one of the most versatile website themes in the world. 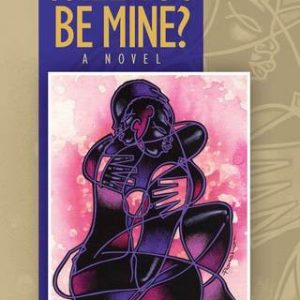 Will You Be Mine?

Will You Be Mine?
His narrator is a 50-year-old African-American whose third wife, Chinita—twenty years younger—has just died after a painful bout with “the disease that keeps growing.” Caught in Washington, DC traffic and listening to talk radio as he drives toward his beach house, the narrator has the perfect audience—a sympathetic Teddy bear. His rumination is really a description of his long search for his soul mate, his earth angel. It has taken more than half of his life to find her.

His musings are poignant explorations of the full range of passion and romance. At the same time, the events take on surreal, comic and tragic tones as he negotiates his way in a society that seems obsessed with stifling and subjugating his manhood.

For the African-American male in the last half of the twentieth century, says Beckham, it is a painfully difficult challenge trying to foster a loving, tender relationship filled with passion and joy.

Within the narrator’s searches for his earth angel, he is forced to consider issues that broaden the novel’s thematic reach. His rumination is finally a reflection on the African-American male’s ironic role in twentieth century America, where absurd stereotyping and subjugation diminish prospects for personal fulfillment.

African-American male characters disappear with alarming frequency. His beloved Yo-Yo dies from a mysterious powder produced in the plastics shop where he works. Many of his school mates go to prison or die in the war waged against “the tiny Asian nation.” Two of the other three black men in his college class disappear from campus. Darnel, the brilliant actor, never gets a role in the plays produced on campus, and Kwame, the African student loses his mind and is sent back to Nigeria.

Will You Be Mine?
Barry Beckham’s first novel in 20 years takes on an old theme with a new approach. Will You Be Mine? released by the Beckham Publications Group, is the distinguished novelist’s stab at presenting a different kind of love story. “I wanted a black male narrator who is tender and passionate,” says Beckham. “At the same time,” he adds, “readers will find my usual elements of exaggerated reality and social commentary.”
Runner Mack
Runner Mack is the compelling story of young Henry Adams’ road to self-discovery through his encounter and friendship with Runner Mack, a self-styled black militant.
My Main Mother
Mitchell Mibbs is a sensitive your black boy whose love and respect for his mother begins to wane when he is seven years old. At that age, he witnesses one of the most life-denying events a child can experience.

Double Dunk
Earl “The Goat” Manigault had what it takes to become a superstar: incredible leaping ability, great timing, and unstoppable moves. He set a New York City junior high school record by scoring 52 points in one game. In high school and on the playgrounds of Harlem, he astonished opponents with his acrobatic shots, including the patented double dunk. WHAT THE CRITICS SAID: "This is a book which every high school and perhaps junior high school should read." --Jerry Izenberg, Newark Star Ledger "A tough, streetwise novel packed with an important message for young readers. Double Dunk is both a harsh look at the drug problem in the United States and an inspiring story of one man's ability to overcome the problem." "A graphic reminder of the undeveloped potential roaming our schoolyard basketball courts."